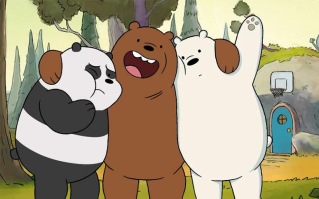 Our family has been binge watching “We Bare Bears” this week. If you haven’t heard of it before, it’s an adorable show by Cartoon Network, and episodes are available on both Netflix and Hulu. The bears always refer to each other as brothers, even though they are different breeds.

In the episode we watched tonight, Ice Bear was hit in the head and started acting differently. In a moment of anger he tells the other bears they are not brothers, citing that they are three different types of bears.

Jacen turned away from the TV with hurt eyes and said, “that just made me so sad. I can feel it in my chest. They’re still brothers!” I agree with Jacen 100%. That one line cuts all blended families mighty deep. If one obscure line in a cartoon can create such sadness in a little boy, think about how much it aches when he hears that Arielle and Anna are not his “real sisters.” 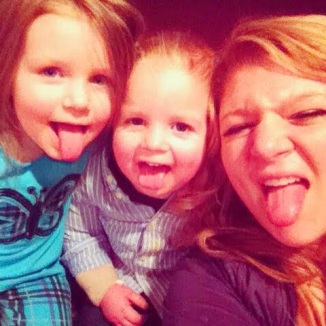 It was one line, and we moved past it. We continued with the show and our night. It still lingers in my mind though. It makes me remember the times when Arielle was young, and repeating things like a parrot. She hurt us more than once by saying we weren’t “really” family, and that’s coming from one of our own.

It wasn’t her fault. She was about four and very confused. She had a lot of people coming in and out of her life at the time, and she didn’t understand the weight that her choice of words carried. She was just repeating words and phrases that she’s heard about us when she was with her other parent. She may have said it to be a little mean or defiant, but it hit much harder, and broke a lot of hearts.

As with most things, it got better with time. As Arielle has gotten older, she’s been able to form her own opinions, which includes that we are, in fact, family. No elaboration needed.

It’s hard to forget when hurtful things are said. I’ve been on the receiving end, and I’ve also handed out my fair share of low-blows. I can immediately recall my teenage years where I broke my mother’s heart on a daily basis, or even two years ago when I was an uncontrolled bipolar ripping my sister’s head off. I can’t take those things back, as much as I wish I could.

I once heard a comparison between mean words and toothpaste that really stuck with me. Picture just a tube of toothpaste. Now, imagine squeezing it out- all of it. The whole tube. It’s probably pretty easy to get it out, and happened quickly. But here’s the hard part: now put the toothpaste back into the tube. I bet you can’t. Even if you try, there’s going to be a huge mess left behind, and you’ll never scrape all that toothpaste off the counter. That’s just like mean words. They come quick, they fly out easy but they’re impossible to get back in the tube. The wounds will heal, but the scars never completely go away. You can’t ever take them back completely.

I encourage you to chose your words wisely today. Especially with family, whom more often than not are the ones we take our stress out on. Remember that words are toothpaste, and they don’t go back in the tube.

Be kind, be accepting, be understanding.

Kate and the Kids.