I refuse to beg someone to love my children. 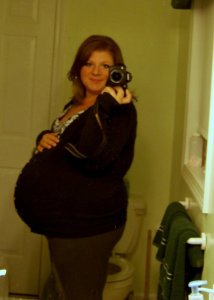 Christmas of 2009, I found out I was pregnant with Jacen. I was terrified, but his dad assured me everything would be okay. Just 9 months later, my due date was rapidly approaching when he changed his mind. His dad bailed, and I was left to raise Jacen alone – or so I thought.

I mourned when his father left, but it only took 12 hours to get the fuck over it. There was one e-mail exchanged, and when I realized he wasn’t coming back I changed my gameplan. I promised myself and Jacen that I would not beg for anyone to be our lives. We had eachother. I wanted to be there, and he deserved a family who wanted nothing less. 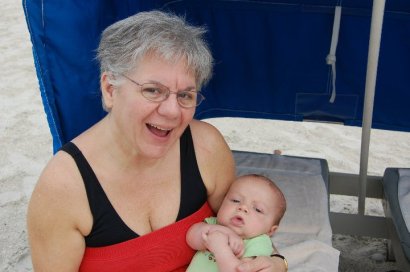 My biggest fear about being a single parent was that my son would not feel loved enough. You see, when his dad left so did a whole side of a biological family. He now only had one set of grandparents, no aunts, no uncles. Would he be sad without them?

I shared these feelings with my mom. I shared them with both of my best friends. It didn’t take long before I realized that the people who were there, listening to me vent, were people who wanted to be in our lives. They loved us. They were family. The non-biologicals stepped up into the aunt and uncle roles, and before I knew it we had the big family I’d wanted for my children.

Not everyone stayed. I had a friend who was there 100% during my pregnancy and Jacen’s first few months. She disappeared over time. She wasn’t around to see us, and the text messages gradually decreased. Again, I would not chase her down. My son did not go a single day missing this girl, as his aunts and uncles were RIGHT there to pick up the slack.

I’m happy to say that my children have never grown up wanting for love. As time passed, our circle grew. I dated, I made friends, and when I got married I inherited a whole family of people who love us, including my beautiful ‘step-’ daughter. (Although I don’t use that prefix unless I’m describing the timeline of our family.) We were busy, and we never had to do anything alone. There was always someone who wanted to come spend time with the kids.

Unfortunately, you just can’t control some people. I had cousins that I’d reach out to and ask to take their kids. I realized that even though the kids were together at my house all the time, their family had not once asked to take Jacen. I stopped asking, they never offered, and now we only see each other at family parties. My kids haven’t even noticed a change. There is also extended family who don’t bother with my children between holidays- then they get offended when my kids don’t recognize them. We once had a family member tell Arielle to “go see Auntie.” They were very offended when she ran over to Jean-Marie, but she’s the only auntie my kids have really known. Once again it was pointed out that she was not a “real” Auntie, since there was no blood relation. They couldn’t be more wrong. 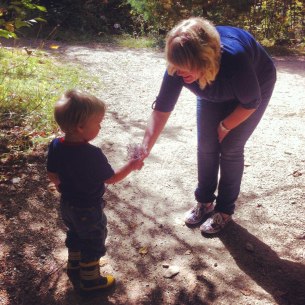 Besides my own mother – who is the absolute greatest, most loving member of our family – my SISTER is the only person that has been consistently involved in Jacen’s whole life. She asks to see us, we ask to see her. It’s a two way street, and the kids absolutely love her. There isn’t a day that her love has wavered. She stuck out my untreated bipolar days, my awful fighting, and some serious boyfriend drama. We got through it together, and her love only grew as each of my daughters joined the family. Even in her own life changes, she hasn’t missed a single beat with my kids. I’m overjoyed to now be an auntie to her own daughter, and I deeply promise to uphold the high auntie-standards she has set. We are family, and we want to see each other. 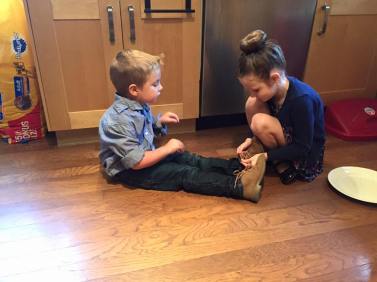 We surely have strong family members who want to see us, and love us very much. That doesn’t mean everyone does. There is still family who we only see on holidays. There are many biological relatives that my children would not recognize. There are even people who have been around for years, and recently decided to excuse themselves from our lives. Jacen and Arielle are now old enough to see this. They’ve asked questions, but they honestly have not shed a single tear over it.

To be completely blunt, Jacen feels like he has lost a grandparent. Over the last few months, this person has failed to spend time with him. They ignored his requests for support during Jacen’s funrun, and even fail to have a conversation with him when they are under the same roof. The kids ask questions that are hard to answer, but they’re also really smart and almost immediately switch their focus to the people who are involved. They know who the true family members are, and understand the meaning of mutual love.

Here’s the honest truth: you can fake a relationship with children on social media, but eventually these kids grow up smart to your game. You can brag about your awesome family at the bar with your friends and it still won’t change the fact that the same kids don’t recognize you. When you fail to be present, you can’t cover it up with an emotional Facebook post. You may have your followers fooled, but the kids aren’t. They aren’t even seeing what you put online. In their minds, you have zero involvement. Memory is built by exposure. If they don’t see you, they won’t remember you. End of story. 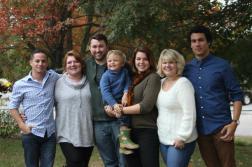 My children are very loved. It might sting a little when someone walks out, but that feeling is overshadowed by the people who support us. Relationships are products of the effort put in, which is why they love our handmade family most. As they get older, they begin to realize that the best families are based on quality and not quantity. When people fall out of our lives, it only makes the relationship with our base pillars even stronger. I find the truest family bear more and more weight over time, but it’s also more and more love. The amount of affection does not change when someone walks out- it simply shifts to a more deserving person.

What role are you in today? Do you feel like you’re chasing someone down to love your child, or are you the person dropping the ball? Are there calls to be returned, plans to be made, play dates to keep and not cancel? Is there mutual effort being put in? There are two sides to every relationship. What can you do today to keep those two sides in balance? Step up and return the effort when it’s given, but also know when to walk away when someone isn’t worth the energy. Family first, give them the loved ones they deserve – people who let their affection flow instead of forcing it when it’s convenient. Trust me, the kids will recognize true love when it’s there. They’ll return it.

Kate and the Kids.

Kate and the Kids

3 responses to “I refuse to beg someone to love my children.”